Black Label Society premiered the official music video for “House of Doom” today in a series of new videos from the band’s NONE MORE BLACK box set, available now via Entertainment One (eOne). “House of Doom” is a ballad reworking by Zakk Wylde and co. of the original track taken from Black Label Society’s fifth studio album Hangover Music Vol. VI (2004). That album alongside the rest of the group’s catalog is now reissued, and remastered for the first time, as part of the new massive collection titled NONE MORE BLACK. This new, slow-burning version of “House of Doom,” and the previously released track “Blind Man”, are featured on the compilation of reworked originals and bonus tracks titled Song Remains Not The Same Vol. 2 as part of the box set. Boasting 12 full-length albums spread over 20 pieces of vinyl, a hardcover photo book documenting the band, and much more, NONE MORE BLACK is the ultimate BLS fan collection. The limited quantity release is now available to order in eOne Heavy’s US, UK and EU stores here.

About Black Label Society
Black Label Society bandleader Zakk Wylde wields his guitar like a Viking weapon, bashing out thick riffage and squeezing out expressive squeals as if the glory of his Berserker brotherhood depends upon every single note, which of course, it does.

Charismatic beast and consummate showman,  Wylde puts his massive heart and earnest soul on display with unbridled,  unchained,  animalistic passion in Black  Label Society, whether it’s a crushingly heavy blues-rock barnstormer or a piano-driven ode to a fallen brother. Each Black Label Society album is another opportunity to top the one before it, but like AC/DC or The Rolling Stones, BLS isn’t here to reinvent the wheel. If it ain’t broke, don’t fix it. It’s a brand we can trust.

Mighty missives like  “Damn the Flood,” “In This River,” “Stillborn,” “My Dying Time,” “Queen of Sorrow,”  and  “Blood is Thicker Than  Water”  have amassed millions of downloads and streams. They are the soundtracks to sweat-soaked revelry, jubilant evenings that descend into bewildering mornings, and adrenaline-fueled sports.

To many, Wylde is synonymous with pinch harmonics as much as Chuck  Berry dreamt up the duck walk. Zakk’s signature Les Paul Bullseye guitar hangs in the Rock N’ Roll Hall of Fame. His infamous leather bell bottoms hang in the Grammy Museum. His handprints are on Hollywood’s Rock Walk of Fame. He’s performed the National Anthem at major sporting events. He wrote the 2013 Major League Baseball theme for ESPN. He even momentarily joined Axl Rose, Slash, and Duff in Guns N’ Roses. He is a playable character in the Guitar Hero games.

A lifelong disciple of Black Sabbath and the longest-serving guitar-shredder for the Ozzman himself, Wylde co-wrote  modern Ozzy  Osbourne  classics like “No More Tears,” “Mama I’m Coming Home,” “Road to Nowhere,” and “Miracle Man.” Together with Ozzy bassist Blasko and drummer Joey Castillo (ex-Queens Of The Stone Age), Wylde pays faithful tribute to the forefathers of metal as frontman for Zakk Sabbath.

One part invading horde and all parts traveling carnival party, Black Label Society traverses the world powered by caffeine and cacophony. BLS engages and inspires audiences everywhere they go, on every radio dial they burn, inviting all comers to join in and participate in their brotherhood and sisterhood of hard rock and vigor. 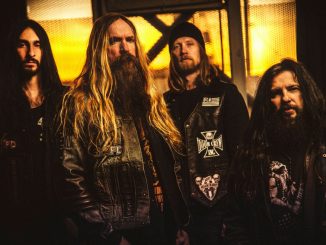 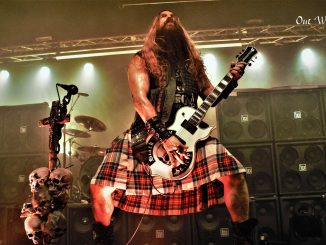 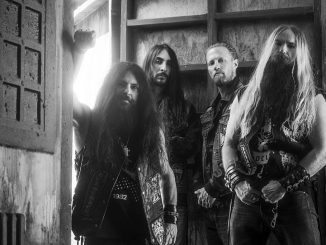