Miami, FL has a hidden gem in the hard rock band GEARS. The guys indulge you with this heavy, groove laden, melody driven sound that will be a game changer for active rock radio.

The band just recently released a killer new track called SEE ME. A song that delivers a message along with solid melodic, rock attributes. The more I work with up n coming bands I love that they are putting some thought into the message and lyrical content in 2021.

Bands like GEARS have a huge platform to help people who might think they are alone or having a struggle with something in their lives and GEARS seem to want to get solid messages out to the world. Just take a listen to the new single. SEE ME, as band member Tripp Six explains, “is being wise enough to know that one’s expectations influence their perceptions. What we believe to be true about someone or a situation may be our perspective and not the actual reality” and that is just a powerful statement and is something everyone should think about.

With a knack for songwriting along with that monster sound of pure rock n roll and a live show that has been described as high energy and impactful GEARS has all the traits to be a force to be reckoned with in the Rock world.

I had a chance to speak with drummer Jimmy Wooten and found out how he views the Miami music scene, how they have impacted the local community, working with Corey Lowery and what made the bands influences such a motivating factor to them

Q: Who are GEARS and what does your band bring to the table when it comes to sound and meaning?

Jimmy Wooten – GEARS is a Hard Rock band from Miami, FL that just tries to write great, groove-based songs with an edge. We pair that with a high-energy stage show that engages the audience and makes them want to give their energy back.

Q: You guys are from Miami, FL what inspires you about the scene you have in the area?

JW- South Florida has a great rock and metal scene. I often think that its talent is overlooked and undervalued. There’s a certain attitude that is inspiring to me personally in the music that comes out of the area. It’s something that isn’t necessarily easy to explain, but I feel like when you see it at a show, you know it.

Q: What is one thing you think you have helped with being a band in the scene that has improved or made attention to the area or local community?

JW- We have done multiple fundraising/donations to organizations that mean a lot to us. A couple of examples from the recent past would be exclusive Merch items that benefited those that were devastated by the hurricanes in Puerto Rico. We also did an exclusive T-Shirt sale that benefited CASA, Court Appointed Special Advocates for abused and neglected children. We not only donated the proceeds from the shirt sales but also matched the amount that was sold. This
was done to help raise funds during the pandemic as they couldn’t do any of their normal fundraising events.

Q: Your new single “SEE ME”; has a great message. What do you hope people walk away with after hearing it?

JW- I personally hope that the vibe and attitude of the song empower people to see someone or a situation for what they really are, rather than what they want them to be. From that, to have the courage to eliminate the toxicity from their lives in order to not let anyone negatively affect them.

Q: How was it working with Corey Lowery and what was the biggest thing he taught you guys about songwriting, finishing touches on a track, and the music industry as a whole?
JW- Corey is a great friend and producer. He has been involved with the band since the beginning. He breaks it down so simply, “just write great songs and crush it live.” I know that sounds oversimplified, but when you say it to yourself a few times, no matter what you’re trying to do, go back to this mantra and it will keep you on track.

Q: “SEE ME”; Is sort of the platform single for a new EP your working on how will the rest of this disc relate to the sound of the new single? Any branched off or diversity that will be surprising to your fans at all?

JW- “SEE ME” is actually the 3rd single off this EP. It’s sort of a continuation of the songs from the sessions during which they were recorded. We didn’t do it intentionally, but we found after releasing the first two singles that they were very much connected, almost similar to the way a concept album is constructed. In addition, to the 4 songs from these sessions, there will be a few other tracks that some may have heard before from previous releases. It gets a little heavier in spots and more groovy in others. I think people will like it.

Q: I read your guys were influenced by Prince, Bowie, and Deftones. Three icons of their genres. If you could give one statement about each artist that would sum up what they did that moved, you enough to call them an influence?

JW – Prince was the ultimate musician and performer, PERIOD. Bowie was the only artist that could literally evolve and almost reinvent himself with each record and it never felt forced. It was always genuine and organic. Deftones put all of my favorite musical elements together.
They take great guitar riffs and put them together with dynamic and powerful drums. On top of that, they layer these amazing soundscapes and interesting melody ideas with a great vocal performance to finish it out.

Q: You also have made some cool n fun cover songs in your career thus far. How does it feel to put your twists on songs that encouraged and inspired you growing up? And your favorite song you covered this far?

JW- I like both of the covers equally, but for different reasons. The cover of BORED was fun because it was taking a song that we had been covering live from the band’s first tour and getting in a studio situation where we could really work out some cool, different parts while trying to stay true to the original. With, CULT OF PERSONALITY, that was one of THE songs that got me into music. I mean, the groove, the vocals, the guitars, subject matter…everything about that song has made it a timeless classic. Add the fact the Corey Glover was into appearing on it, what’s not to love about that?!

Q: As the world becomes “normal” again what are a few things you a ready to get back into?

Q: Have you guys talked about shows/tours and if so any dates or special events you want to share with the readers?

JW- As of right now, the only thing we have planned is CENTRAL FLORIDA METAL FEST on August 22 in Winter Park. We have a few more recording things to focus on, then we’ll look at touring on a larger scale.

Q: If your older music self could tell your younger music self, something to help them through either a struggle or growth, etc what would it be and why?

JW- “Just write great songs that you can believe in.” I think that that really is the best advice. Of course, that is an oversimplification, but if you don’t believe in what you’re doing, how can you expect others to? There is so much more to the business of music than that, but I feel you have to get that first step right to build a solid foundation for all the other stuff to matter.

JW- Depends on my mood I guess. I think both have their place. A good mix and knowing where to utilize both would probably be my preference, ultimately.

JW- Thanks for having me and keep an eye out. We have a ton of cool stuff coming!

Keep in touch with the band 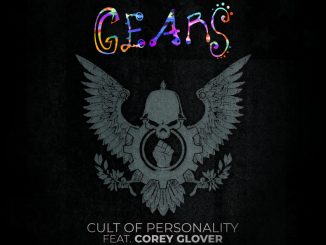 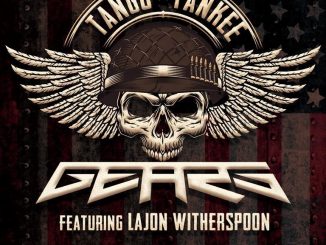