I always love hearing that ZERO THEOREM is coming out with new stuff or working on new music because this Los Angeles band always bring out fresh n new aspects to their music and they always grow on each new single or album they put out. This time around the guys in ZT collaborated with the Violent Idols to mix up and remix the hell out of one of their hard hitting tracks called THREAT. Bringing in that “industrial, electro” feel to the song really puts it on another pedestal of interest. But the guys in ZT always bring that interesting vibe and the heavy hitting intricate memorization of music into everything they do, just give their song JOKE a listen and you will get it!  Then they can swoon you with a track like AREA with that infectious chorus, it’s a total solid track. Or the darker and rocking vibe of BECOMING with that impactful and massive vocal display. This band are the chameleons of the hard rock world and I am loving every moment of it.

I had another opportunity to catch up with lead vocalist Caesar about the work they did with Violent Idols, future collaborations, how they make some cool ass videos for their music and their up n coming tour with Fozzy

Q: First off how Is the camp of ZERO THEOREM doing getting back to some normalcy in life? And is your sanity still intact after this past year and a half?

A: It’s certainly great to begin returning to normalcy, and we’re especially excited to experience live music again. We all particularly enjoy live shows, whether we’re performing or part of the audience. We’d like to think our sanity is completely intact, but we’d probably be fooling ourselves. The virus has undoubtedly affected us all and may continue to do so for the foreseeable future.

Q: Congrats on the release of the Violent Idols remix of “THREAT”. This track has been a crowd favorite at your live shows – was this the main reason you wanted to put a new twist to it?  What does the song mean to you?

A: Yes, that was part of it. It’s always been an effective closer and generated a lot of positive feedback.  When we toured with Nonpoint, multiple people who showed up toward the end of our set told us they were sorry they didn’t attend earlier. The song was never a single, so we wanted to give it some attention in a different way.

Q: When picking a song to remix – do you guys have a vision of the “twist” you want it to take?  Or is it more of a fluid collaboration with Violent Idols to get to this new version?

A: It starts with an idea, and “Threat” seemed to lend itself to a more industrial or electronic interpretation.  From there, Violent Idols began to work on the remix while continuing to consult and collaborate with us.  We love what they did with it and how it turned out.

Q: In your years as music fans were you big on the industrial and electronic genre? If so – what do you find is the most interesting about that way of creating music & songwriting?

A: We’re definitely influenced by those genres, including work by artists such as Nine Inch Nails, Ministry, Fear Factory, Prodigy, and Static X. For us, the most interesting aspect is blending sounds that are more synthetic or mechanical with a traditional hard rock or heavy metal approach. It’s fun to widen the range of the sound spectrum and explore different textural possibilities in that way.

Q: Do you plan to keep working with other artists down the line on new material as ZERO THEOREM continues to evolve?

A: We had great fun collaborating with Violent Idols and will definitely work with others in the future.  ZT will always be looking for ways to work outside the box creatively.

Q: Do you feel your songwriting grows more when working with other artists outside the ZERO THEOREM camp?  Does that motivate you as a creator?

A: Others constantly inspire us, so having the opportunity to work directly with them is a genuine pleasure and definitely provides us more perspective and motivation.

Q: You also did a cool thing working with YouTube artist Goop Wizard on a really gnarly visualizer video – how did that partnership happen?

A: We were fans of his work and felt it would be a good fit for the remix.  Thankfully, he was available and agreed to work together.

Q: All your videos are very different and pretty sweet to watch – is someone in the band into videography and how important do you feel a video is to a song on a whole?

A: The founding members of the band have always been heavily into film and animation, especially within the genre of science fiction.  Zero Theorem is meant to be a multimedia project with the visuals offering another layer to the experience. Additionally, some of the newer videos we’ve created offer a stand-alone interpretation of the songs that connect to a wider fictional universe we’re building.

Q: Your EPs THE KILLING I and THE KILLING II have been out for a while and brought your fans and music world some heavy hitting singles. You just recently put out a limited edition of this two-part series. Other than it including the “THREAT” (Violent Idols Remix) what did you do in addition for this special limited-edition release package?

A: First of all, thank you! We wanted it to be special, so we’ve made it available in physical form, both CD and our first ever vinyl, along with different pieces of art, which are the last of THE KILLING series.

Fans can also purchase a shirt made for the release.

Q: Looking back on both EPs – what is your proudest moment of those songs you created (if you could narrow it down to one) and why does that moment stand out the most for you?

A:  I think I’m most proud of the progression and how we’re continuing to expand the sound of the band. It’s difficult to pick favorites, and we all have different ones, but I’m a big fan of “Joke” and “Swarm” and can’t wait to play those live.

Q: Rumor has it in September you are back on the road with Fozzy.  Are you guys putting an even more intense look into your shows with everyone having that live aspect missing for so long?

A: We’re going to need to contain ourselves a bit because we are beyond excited. We’re committed to busting that tour open every night.

Q: What’s one thing you’re going to have to brush the rust off of tour life when it happens?

A: Long drives become second nature once you’re out there, but since it’s been a while, those first couple drives might be rough!

Q: Has the band been writing for new EPs or full-length album and if so – can you give the world a small hint into the sound or vibe you’re currently creating for new music?

A: We have! I think we’re really pushing the metal and industrial vibes with the new music. It’s our heaviest material to date along with some of the most personal. We’re also working on our first ever cover.

Q: Anything last comments to your fans?

A: Thank you so much! Also, anything you can do- follow us everywhere you can and spread the word about ZT…it all matters! And don’t forget to come see us or shoot us a message! 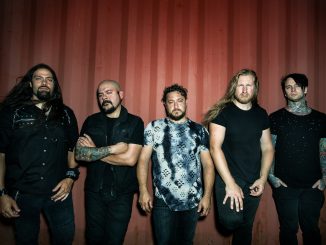 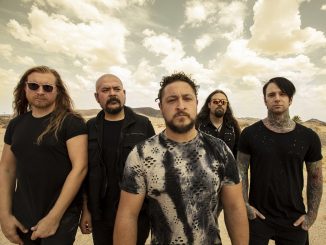