Let me set the record straight! When I was asked to review the new DED album, I decided to put my love for this band aside and really look at this new album, SCHOOL OF THOUGHT, on an unbiased playing field. What I realized with this band is that they create and manufacture songs that just speak to me from a lyrical and musical standpoint. The band always intertwines the heavier side of rock that I love with these beautiful melodies that just make my heart go a flutter. I tried hating stuff or finding fault with songs on this sophomore disc, but after about 10 listens, I could not find any. It is just that good!

When DED hit the scene with MIS-AN-THROPE, they did it with pure fire. Every song on that debut album was fresh, alluring, and just got you amped up to either kick ass or fist pump. The media went wild, the rockers were ecstatic, and the band just poured their hearts into everything to make the album even bigger and badder than it already was. Now it is 2021, we have lived through a “pandemic” that gave the music industry and its artists some time to write, rehash, and improve their craft, which DED did on all levels. SCHOOL OF THOUGHT brings out more of an approachable melodic singing pattern to the music world, yet still fires with intensities and darkness. There is less “rapping” and more embracement of the true talent Mr. Joe Cotela has vocally with his melodic tones.

The band gave us a huge sneak peek earlier in the year when they released tracks like “A MANNEQUIN IDOL,” “EYES SEWN SHUT,” and “PARASITE.” Songs like that were all so rare and diverse from each other. It was just a small hint into the growth and creative zone the band was heading in. An overall feel of how they can intertwine the sweetness of melody and hard-hitting impact of the harder edge soundscapes that the band is known for. Then, just a small amount of time before the sophomore album came out, the band released the melodic “KILL BEAUTIFUL THINGS,” which for me puts the band on the next level to opening the minds of music lovers who might have not known or fully embraced the group on the debut album.  Truly, a driving, passionate song that breathes life into the rock scene. So with all these tracks being released from the band through 2021, I did not know if they could fuel the fire further to impress my heart, then “SCHOOL OF THOUGHT” came out, along with “PERSONA” that hit my eardrums and it was over. This song is probably my favorite track from the band ever!! From the singing patterns to the high musical energy, this song just affects the soul on a completely new level. The lyrics get real, becoming an anthem for the world in 2021 for sure. “HALF ALIVE” is another standout track, a dark essence with music intensity. The overall aura of the song is worth keeping in my book. “MY BLOOD (MY FAMILY)” is going to be a DED nation favorite. For me, the band is just saying thank you for the support and love from the fans around the world. The boys of Tempe are just the most humble humans that are like family members in all our hearts, and this song is going to be a killer sing-a-long track in future live shows. “GHOST” is the opening track, and it just prepares you for the adventure and impression this sophomore album is going to have on you. “10 MINUTES UNDERWATER” is one of the harder tracks on the album with a surreal lyrical content. Lastly, the couple of the rock age one Mr. Joe Cotela and his rock queen Maria Brink do an excellent eerie, dark cover of The Cure’s “LOVE SONG” that sits a few songs into this marvelous album.

Overall, DED stepped up and diversified their sound this time around, proving to the world they can change it up put in different patterns to their style without losing the signature sound that will have the DED NATION embraced more than ever. They pushed the limits without selling themselves short, encompassed lyrical themes of self-empowerment, darkness/mental health, false idols and being the change you want to see amongst others! They ventured out and made a solid sophomore album. I am proud to be a DED Nation fan!!!! 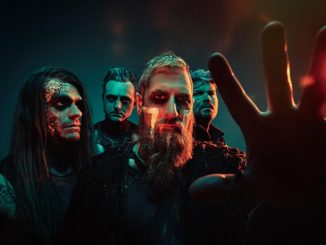 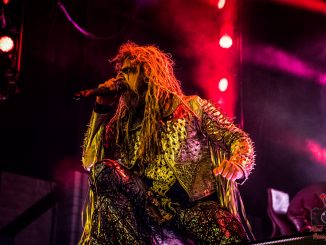 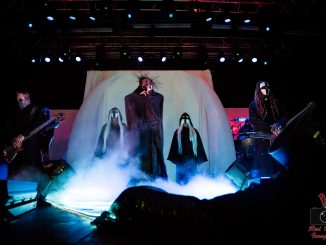