If there is one thing that Rockaholic knows, it is metalcore. He was the one to introduce me to the blistering riffs and scorching screams. One of the first bands of that subgenre he brought to my world is Bullet for My Valentine. The Welsh outfit has been in the forefront of the extreme metal world since 2005’s The Poison. When they released Temper Temper in 2013, they started to experiment with more modern metal sounds, but the reception has not been all that favorable. Some believe that by abandoning their roots, they started to go downhill from there. Granted, the last three albums were not their best, but I believe Bullet for My Valentine has enough ammo for another vicious album. Three years since Gravity, they have returned with 7th release, the self-titled Bullet for My Valentine. Like it is in Hollywood, metalheads love a comeback story. This is theirs.

The album starts off with “Parasite.” The intro has snippets of past Bullet for My Valentine hits, reintroducing the group in a way. After that, frontman Matthew ‘Matt’ Tuck lets hell loose. The venomous words Matt spews is full of fury and chaos, two factors that attracted me to BFMV. The singeing solo Michael ‘Pudge’ Paget lets out whets my appetite for more. “Knives” is the first single off the album that let’s metalheads know Bullet is back. Drummer James Bowld burns down the beat with his fiery wailing on the kit. Bassist Jamie Mathis is a demon on this tune as he shows the melody no mercy. This killer track was a great choice as the first single. On “My Reverie,” the band display some groovy swag. There is something hypnotic about it as Matt draws me in with his sweet melodic swinging, then he swats me in the face with his rancorous screams. Both he and Pudge riff the shit out of this song with tasty licks. All in all, not a bad tune. “Not Happy Ever After” is full of wretched aggression. I have read that BFMV recorded their parts separately due to COVID, so the rage increased tenfold. Matt is guttural with his vocals in a way that would blend in any death metal group. Pudge continues to soar with his thrash inspired solo that would make mosh pits go berserk. Bullet goes pop metal with “Can’t Escape the Waves.” Matt sustains from blowing out his vocals with a more subtle approach. Even when doing that, I can hear his sinister nature. While Matt and Pudge get brutal with the riffs, I felt the melody did not do the song justice. It still a good tune, just not great.

We reach the halfway point of the album with “Bastards.” The ballad style metalcore number has this cool march beat Bowld nails. This moody song is angst driven as it becomes a battle cry against the corruption that runs our lives. Pudge delivers a solo that not only sizzles, but it also punches you in the throat. “Rainbow Veins” is the latest single armed with a groove flow. Melancholy to the bone, I felt it was too sulky and Goth sounding. Matt relies too much on his clean singing as it makes the song’s impact way too soft. “Shatter” has this soft intro that plays nicely into Matt’s opening screams. He also wails an intense main riff that is bursting with awesome breakdowns. It has a fierce chorus that sinks its teeth into our ears. Bowld plays some his best drumming yet with a melodic and ferocious beat. “Paralysed” is a monster number that can stir up the mosh pits even more. The rapid-fire fret work of both Matt and Pudge is insane. Between the demonic singing and wicked soloing, this tune is my favorite off the album. BFMV close out the album with “Death By a Thousand Cuts.” Jam-packed with passionate grooves and hellacious vocals, this song helps bring the record full circle. It helps the band finish strong with a promise with more to come down the line.

Bullet for My Valentine is one of the rawest records they have ever done. Honestly, I believe this is their finest work since 2010’s Fever. BFMV have come back to revisit their roots and deliver music that make demons run for cover. There were a couple times where I thought their experimentation got in the way of their creative mojo. It is not a perfect album, but it is a great one that redeems them. They screamed, they aimed, and they fired an album worth owning. Thank you Rockaholic for introducing me. To Bullet for My Valentine, I salute you.

Follow Bullet For My Valentine on their social media: 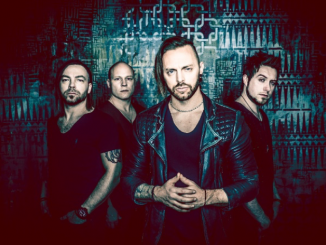 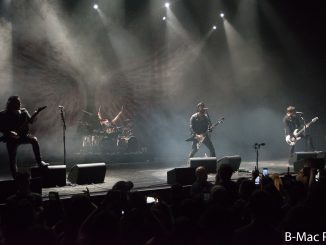 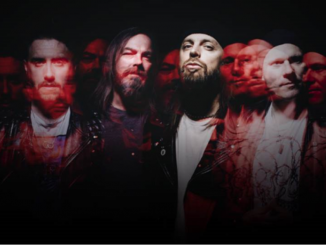