The House of Blues is a legendary string of concert venues. I have been very fortunate to call the one in Anaheim, CA my home for years now. Before the venue stood at the Anaheim Garden Walk, it first stood on Disneyland property at Downtown Disney. The original location was a place that Sevendust had frequented many times and loved playing there. Now, celebrating 21 years of their album Animosity, Sevendust was finally coming back to the Anaheim House of Blues. But playing its new location for the first time. Bringing with them Nu Metal outfit Tetrarch and alt rockers Dead Poet Society.

While waiting for the opening band to hit the stage get the energy up in the crowd. The room stayed dark as four guys casually strolled on staged, picked up the instruments, and started fiddling with them. I would have put money on them just being the guitar techs. As one of the guys started speaking into the mic, the lights rose and to every ones quiet surprise it was Dead Poet Society. From a very calm demeanor and chill vibe, the opening notes to “.burymewhole.” started to ring through the crowd, as singer Jack Underkofler energy could be felt coming through the mic. Bassist Nick Taylor was the most energetic on stage running from end to end. Guitarist Jack Collins and drummer Will Goodroad mixed up the sound fuzzy guitar riffs and grooving melodies that starting to move the crowd. Playing songs like “.AmericanBlood.”, “.Intoodeep.”, “Lo Air”, and “.CoDa.” Dead Poet Society started off maybe a little too nonchalant, but by the end of their set everyone in the crowd was rocking out.

Next to the stage that has been building a massive following over the last few years. I was fortunate enough to see them only 3 months ago and was thrilled to be rocking out to them again so soon. That is the four emperors that make up Tetrarch. Starting their set off with “Stitch Me Up,” vocalist and guitarist Josh Fore was ready to see the crowd jumping. Lead guitarist Diamond Rower who is the first African American female Metal/Hard rock lead guitarist to be featured in major publication, lives up the hype that magazines bill her as. Shredding, tapping, and wailing on the guitar, she never plays a note that doesn’t fit the song but still elevates the tenacity of the tune. Bassist Ryan Lerner could be seen grooving around the stage, and headbanging his heart out. Drummer Ruben Limas may have been sitting in the back, but he makes his presence known by standing on his kit and playing some of the catching patterns of the night. Playing a 40-minute set that still didn’t feel long enough, Tetrarch played songs like “Negative Noise,” “I’m Not Right,” “Take a Look Inside,” “Oddity,” and “Trust Me.” Hopefully I don’t have to wait more than another 3 months to see Tetrarch again.

Finally, it was the band of the hour. The guys celebrating 21 years of Animosity, Sevendust. I was able to see Sevendust for the first-time pre-pandemic when opening for Skillet. So I was more than excited to see them headlining now. As the guys hit the stage, the first thing I noticed was how jacked and buff all the guys seemed to have gotten. Whether the pandemic 15 hit them or not, they were showing off the fruits of their labors of hitting the gym. Lead Singer Lajon Witherspoon has such a ferocity in his voice that commands a room, yet can hit the more melodic and sultry notes to win over the hearts of anyone in the crowd. Guitarists Clint Lowery and John Connolly pass of the riffs expertly to bring the heaviness to the House of Blues. This was a night of bassist, as Vince Hornsby being the third bassist of the night to be the most animated and energetic around the stage. Drummer Morgan Rose could be seen having the most fun on stage. Dressed to impress in a blue button down with a yellow tie, his smile and energy was infectious.

When rock and metal fans say their music is for everyone, Sevendust proves it. At one time a fan who was in a wheel chair was safely crowd surfed to the front of the stage where fans held him up for an entire song. This site was so beautiful Lajon had to take a moment to just heartfully thank the fans and people in the crowd for being the most caring people. Even asking the crowd to lift the handicapped person up again so he could talk to them directly. Passing the fan a small care package of Sevendust items to take home. For how scary rock and metal fans can look, this was a moment that really showed the love that fans have for bands and each other in the crowd.  Getting back into it, Sevendust played a intense 16 song set consisting of classic like “Praise,” “Damaged,” “Xmas Day,” “Live Again,” “Beautiful,” “Crucified,” and a three song encore with “Bitch,” “Blood From a Stone,” and ending the night with “Face to Face.”

Sevendust was a more intense band to experience when seeing them headline their own tour. One of my friends Reuben Martinez has been a huge fan for decades and treks around the West Coast to see any show they perform that he can make. This night really showed me why Reuben loves this band. Along with truly experiencing Sevendust, getting to see and meet Tetrarch was a huge highlight this night. 3 months ago, guitarist/vocalist Josh Fore sliced his finger open while only on their 3rd song of the set. As he is a true performer, he powered through the rest of the set that night. I managed to get a photo of him playing with his guitar covered in blood. I had brought that printed photo to the show with me, and Josh was kind enough to sign it. This night was one for the books. 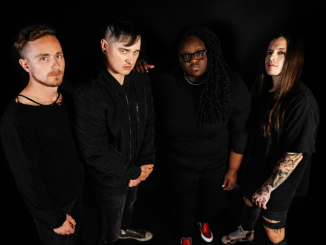 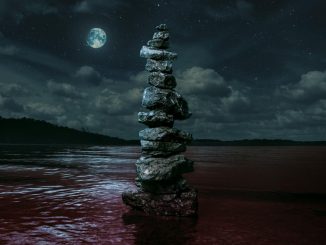 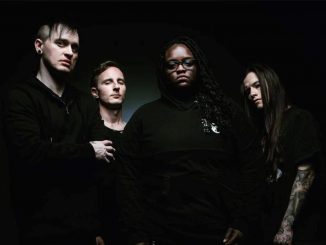